I thought I’d do the post-at-exactly midnight thing, because it’s exciting. Of course, doing it the other 364 midnights of the year would be mediocre.

I think the last twelve months have had a pretty good ratio of shit:pretty okay:EXCELLENT, and I just wanted to say happy new year to everyone. I hope good stuff happens for you in 2011! It’s kind of lame when people say. “2010 was awful, I so want rid of it,” because there are a lot of days in the year – they can’t all be crappy.

Unless a loved one died on 1st January, then on 1st April, then 1st August. While you are simultaneously battling terminal cancer and financial ruin, and going through a divorce because you found your wife in bed with your sixty-year-old dad.

We shall forever remember 2010 as the year My Chem partially came back, then disappeared, then came back again. It’s the year the Chilean miners got rescued and promptly sold their lives to the media. When the Lib Dems got in (sort of), Justin Bieber broke mirrors with his almost-as-high-but-not-as-funny Jimmy Urine voice and most of Europe stopped because an ash cloud floated about a bit.

Amazing to think that it’s the continent that started and finished two world wars, innit? 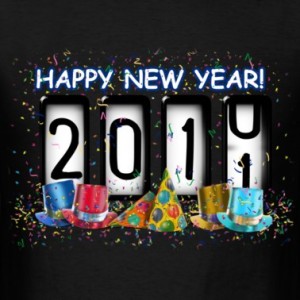 6 thoughts on “Is 2011 Pronounced ‘Twenty Eleven’ or ‘Two Thousand and Eleven’?”