I should start this by saying that I know very little about cars and even less about the James Bond film franchise. I like the films – explosions! Pretty beaches! Completely implausible plots! – but I haven’t seen that many of them… and to be honest, when I was younger I thought that James Bond was incredibly disrespectful towards women and drank too much (doctors have recently proved that he would be a raging alcoholic if he was an actual person). My family, on the other hand, are huge fans and it was considered a given that we would go to Covent Garden to see the London Film Museum’s Bond in Motion exhibition, which is on until March 2015.

I also know squat about film-making, but the exhibition made me want to enrol in a course. Almost everything was downstairs except storyboards, which I forgot to photograph for future reference. The main exhibition space, which was basically a basement painted black and given decent wifi, housed a load of vehicles that where used in filming, as well as miniature models and scraps of props that had been blown up as part of the story.

Apparently this car is a big deal: 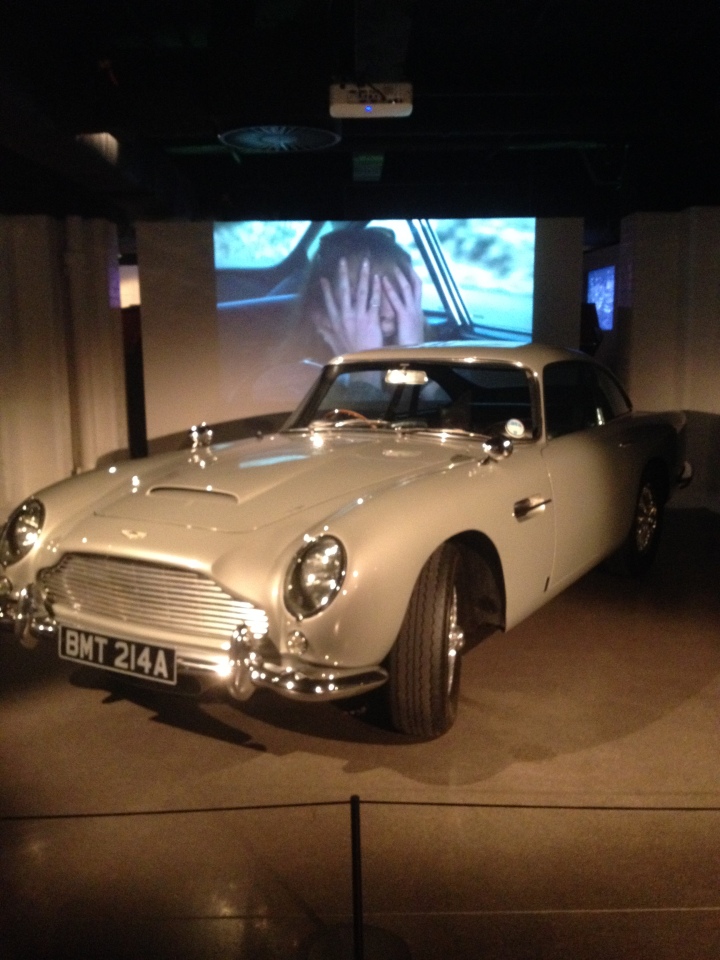 Someone had the smart idea to play on loop the scenes in which the vehicles featured playing in the background, alongside information plaques and iPads. I think the lady there was worried Bond was going to do something stupid, which I assume he did. 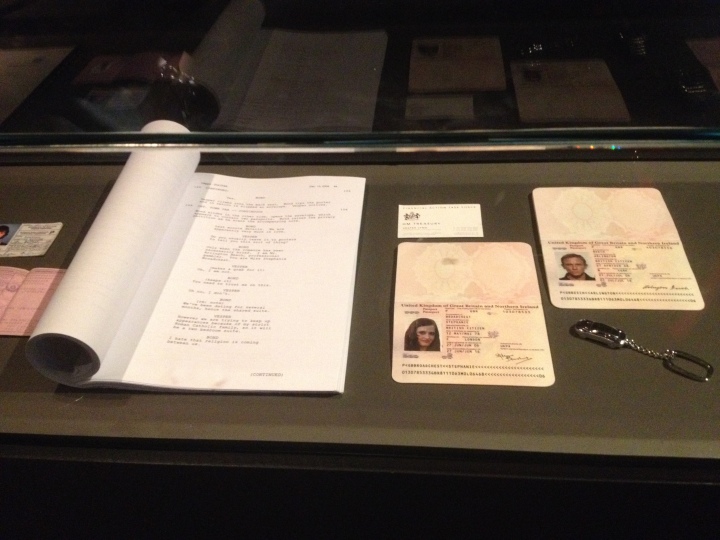 You can tell that Casino Royale was made either before the new passport regulations came in or by a design team who forgot that fringes are strictly forbidden. 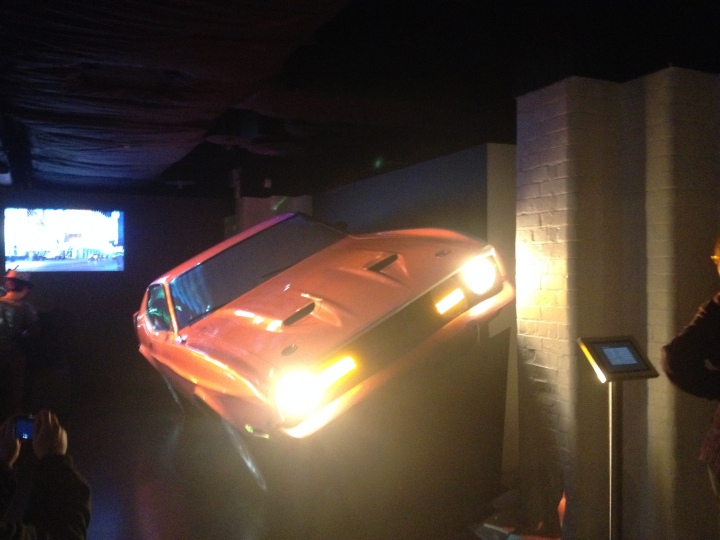 At a stunt show a few months ago the monster trucks did that two-wheels on the ground trick and according to the bloke who was commentating, this Bond film was the first example of it (presumably in films, since every idiot with a car has attempted something similar since the dawn of the boy racer). Too bad I can’t remember which film it was, haha.

Cost Between £9.50 and £38, depending on who you are. It’s not a cheap day out, but I suppose they’ve got to keep out the riff raff who’ll leap over the ropes and take selfies with the DB9 (you didn’t need to jump over the rope, there was space enough to take ’em anywhere).

Food Yeah, because they’ll let you eat near the priceless exhibits. Actually there was a cafe in which you could look at mini props that were made for long shots. We went to a Mexican place instead, which I can highly recommend.

Other people Bond enthusiasts or film enthusiasts, the lot. There was a small boy who was so excited to see everything he almost combusted, and there were partners or family of fanatics who were looking forward to going to the Mexican place. But even they were awed by the information about the filmmaking and the designers’ attention to detail. Too bad they completely forgot to note down useful names and details to research… 10/10 for things to look at, 2/10 for general visibility when searching for your phone in your bag.