To be completely honest, we planned our route through Vietnam using the route the Top Gear guys took in that Christmas special a few years ago. Ha Long Bay was one of their stops so it was one of ours too. We went with a group from our Hanoi hostel to stay on one of the bay’s islands for a night, because Ha Long is ages out from Hanoi and the occasional group trip is good for you, probably. Ha Long Bay is a UNESCO site and, on Top Gear, looked sparkling and beautifully emerald. We went on a cloudy day, so it actually looked like this:

But we’re British, so it was just like being at home for the summer! Speaking of home, the dock we boarded the boat from reminded me so much of Southend on a bad day that I had to take a photo:

Mud: check. Giant container ships on the horizon: check. Grey skies: check. There were a million little crabs trotting about on the mud, which made a nice change from the crap you normally see on Southend’s mudflats, ha.

So as part of the group trip we were required to partake in group activities. Number one: canoeing with a friend. Or, in my case, my wee brother who is actually a lot taller than me and way more into the sport of canoeing than I am. We nearly came to blows about my ability to paddle right after this photo was taken:

Not as bad as Monopoly at Christmas, but close.

That night the island hostel had a beach bonfire. We tried a local type of dance with bamboo sticks that I have since found on YouTube because I don’t know how to explain it without overusing the word ‘ankle’…

The next day we took a walk up a hill. Or, to be more accurate, we climbed a mountain. Climb because it was made of rocks and mountain because there’s no international definition for what constitutes a mountain so although it may have been a large hill, I’m going to call it a mountain. Also, I did it in flip flops. This was because as we were leaving the hostel in Hanoi, someone mentioned there would be a hike of some sort. I had packed a tiny bag and left my proper shoes in a locker, because when we booked no one mentioned a hike. ‘Should I go back for my shoes?’ I thought. Everyone had shoes apart from Maxim and I. ‘Ah, live a little,’ I told myself. ‘You always over plan and over pack.’ So I left my shoes.

I am never living a little again. It was a fucking mountain.

There were monkeys on the other side of the giant pile of rocks, which was nice, although they were basically trained to be nice to tourists which was gross. Also, when we were done saying ‘hey, a monkey’ we had to climb all the way back over the bloody mountain. I ripped the elephant pants I bought in Saigon. Always over pack, kids! 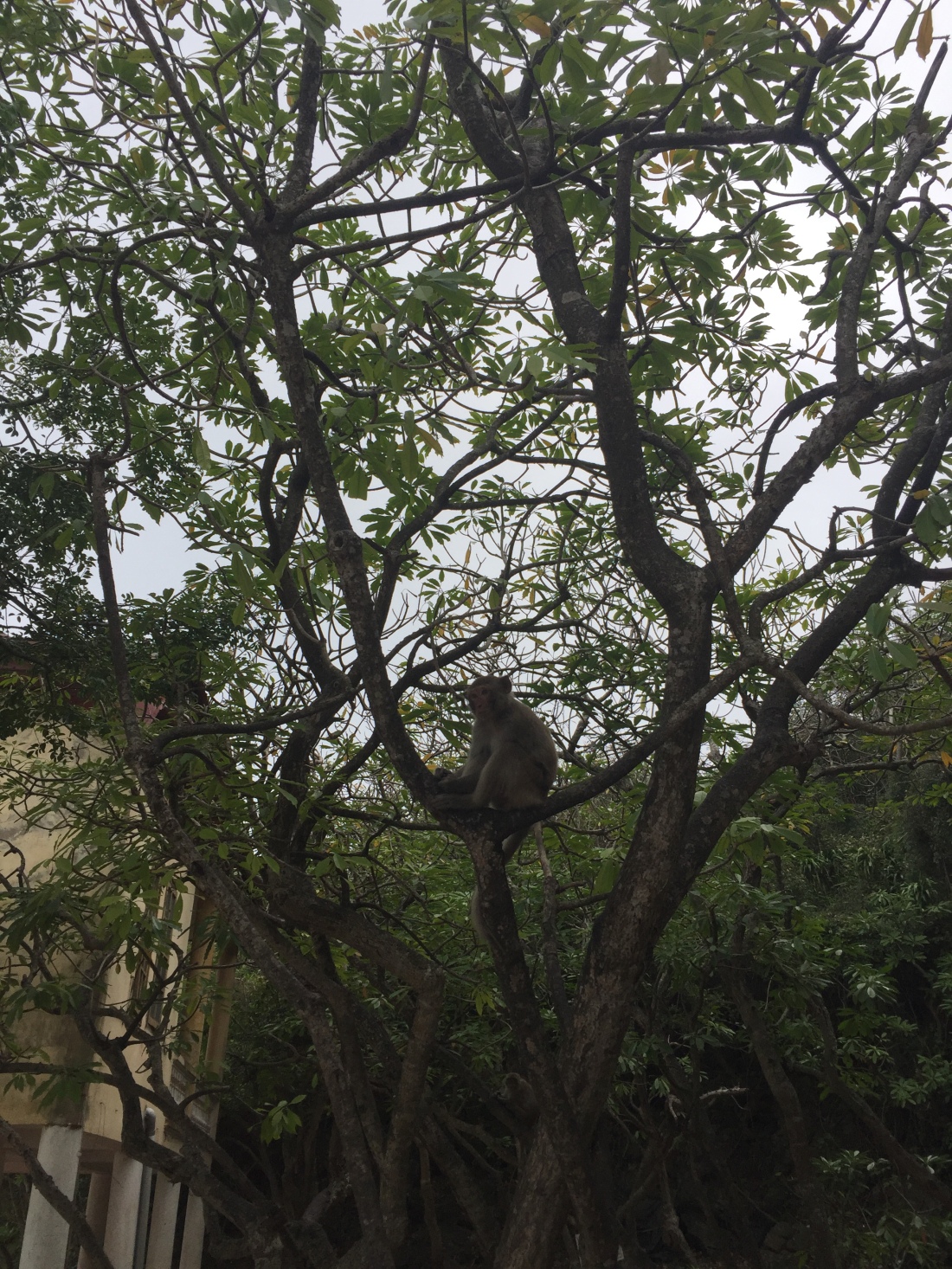 We had to leave our hostel the morning after we got back from Ha Long, because we’d forgotten to book another night, so we relocated to a slightly different part of the Old Quarter. I know I hate group activities, but I was sad to leave some of the people we’d been with on the trip. I don’t really do casual friends but I guess it’s hard not to bond with people over bamboo dancing and rock climbing. So if an American named Suzie (maybe Suzie?) who au paired in London before flying to Hanoi and lost her phone is reading this, hiiiii. Also: an English girl named Claire studying in Australia the English guy travelling with her wearing several ear piercings. We compared passport stamps. It was nice to meet you, and I never say that and mean it.

Oh, by the way, the bathroom of the hostel in Ha Long Bay had no window. This was the view while we cleaned our teeth:

2 thoughts on “In Which I Climb a Mountain in Flip Flops | Ha Long Bay, Vietnam”