Last night my friends and I had the wonderfully scarring experience of seeing Mindless Self Indulgence play at the HMV Forum in Kentish Town. We’ve put together a list of everything we learnt:

More pictures and videos to come, especially if Jimmy uploads what he took.

Can I just say, Tighter is a lot of fun. So is the arty project thing I’m working on at the moment, which I can’t talk about until it’s done because I’m superstitious.

Just know, dear readers, that it is time-consuming enough that I keep forgetting to go to bed, which makes me kind of tired, and therefore more forgetful, which is why I haven’t blogged much lately… I think of things to tell you all, and I then promptly forget.

Writing that paragraph was actually difficult… I will not become a coffee addict. I won’t. Ahh.

Before I forget: happy belated thirty-something birthday to LynZ Way, I will not be selling From Shibuya With Love for anything, although I will let you look and maybe touch for a reasonable price (I am open to other-than-cash suggestions) and I have loads to say, honest, I just can’t remember any of it…

I feel that it’s been far too long since I posted a blog with words in, not least words that require thought processes, so I thought I’d sit down and have a nice little chat with all you computer-people.

How is lent coming, I hear you ask… To be honest, I’m a bit crap at it. I keep forgetting! In Berlin I hadn’t eaten a meal all day, so when we got to the hotel and someone offered me an Oreo I practically inhaled it. I also devoured a couple of Jaffa Cakes (sorry Rhiannon) but I don’t think they count as biscuits. I ate a chocolate biscuity caramel thing on Saturday… it was a Twix, basically, but not by Twix, so I just ate it without thinking.

In other news, I made marmalade yesterday. Well, I say ‘I’ and ‘made’ using the terms loosely. Mum helped and we aren’t sure if it set or not, but I’d had enough of the pan overflowing every five minutes after an hour, so we decanted it. Except the amount of liquid seemed to have grown instead of evaporated away, so we ran out of jars pretty quick. I can’t post a photograph because my camera’s batteries went in Berlin and I can’t find the spare ones. So imagine this, times about twelve, in various containers: 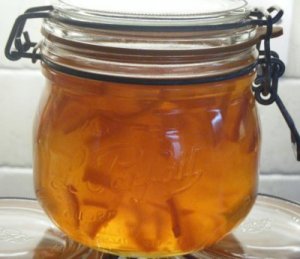 A few of you may have seen the new Planetary (GO!) video which came out yesterday. If you haven’t:

A lot of people have been saying they’re disappointed by the lack of cinema, story, etc. This is stupid. My Chem are a band and last time I checked, bands play music. So enjoy the lights and dance! Speaking as someone who was at the Hammersmith Apollo when this song was debuted, the reaction to which was what made them release it as a single, the energy has been captured perfectly.

While we’re on the subject of My Chem, MCRmy.com has been relaunched! Yay! Let’s all go play Killjoys and Draculoids with our masks on!

Talking of relaunching… Is it just me, or does this look rather like the Indifferent Ignorance font? Just saying.

Now this is what I want my Wikipedia page to look like (you’re going to have to click to read): 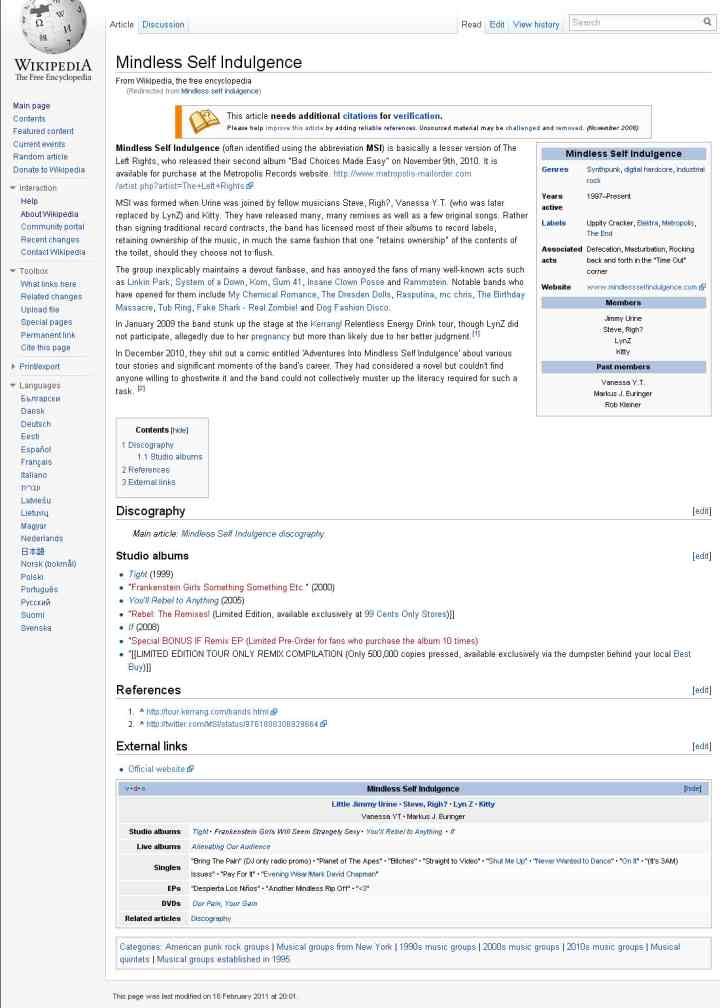 Heh heh. Anyone fancy making an Indifferent Ignorance Wiki? I would like to see links to PerezHilton.com and IHeartPeopleCalledFrank.net.